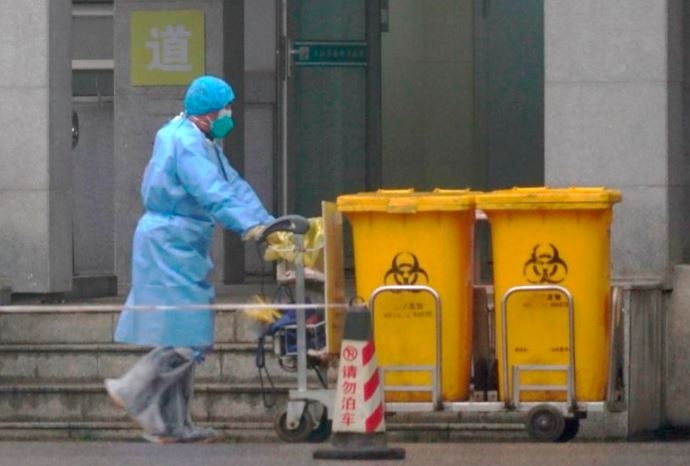 Staff move bio-waste containers past the entrance of the Wuhan Medical Treatment Center, where some infected with a new
virus are being treated, in Wuhan, China, Wednesday, Jan. 22, 2020. (AP Photo/Dake Kang)


Chinese state media say officials are canceling flights and trains leaving the city of Wuhan to limit the spread of a new, deadly virus.

The state-owned People's Daily newspaper reported on Twitter Thursday that no one would be permitted to
leave the city starting at 10 a.m. The official Xinhua News Agency said that officials also were asking people not to leave without specific reasons.

Health officials urged people in the city to avoid crowds and public gatherings. They warned that the newly identified coronavirus has infected more than 500 people and killed at least 17. It is believed to have come from a market selling wild animals and seafood.


The coronavirus comes from a family of viruses that can cause the common cold but also more serious sicknesses such as Severe Acute Respiratory Syndrome, or SARS. Between 2002 and 2003, the SARS outbreak spread from China to other countries and killed about 800 people.

Li Bin is deputy director of China’s National Health Commission. He said, "There has already been human-to-human transmission and infection of medical workers.”

Doctor Nathalie MacDermott of King's College London said it is likely the virus can spread through the air
through sneezing or coughing. 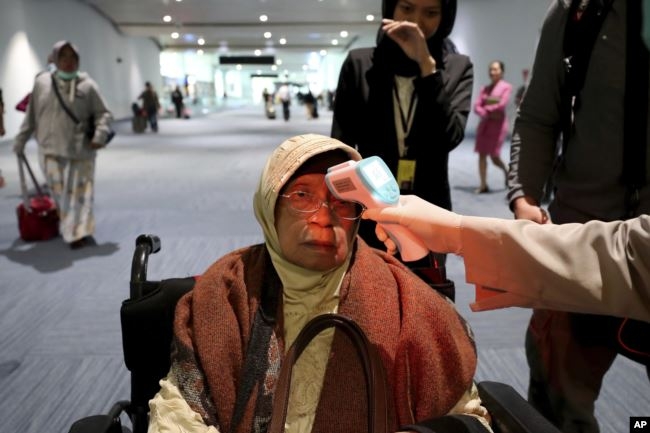 In Geneva, the World Health Organization (WHO) said its meeting with health experts is continuing into a
second day. The WHO is trying to decide whether to declare the outbreak a “global health emergency.” In
recent years, the health organization declared emergencies for the Ebola outbreak in the Democratic Republic of Congo and the Zika virus in the Americas.

The European Center for Disease Control and Prevention (ECDC) said the virus was likely to spread to
countries “with the greatest volume of people traveling to and from Wuhan.”


Airports around the world have increased screening of visitors from Wuhan. And Singapore is screening all passengers from China.

Officials in Thailand on Wednesday said four people -- a Thai national and three Chinese visitors -- are infected with the virus. Japan, South Korea, the United States and Taiwan have all reported one case. All of the

infected people were from Wuhan or had recently traveled there.

In Hong Kong, media have reported the first case in a person arriving from the mainland.

Mexico was investigating a possible case also. And North Korea has banned all foreign visitors. 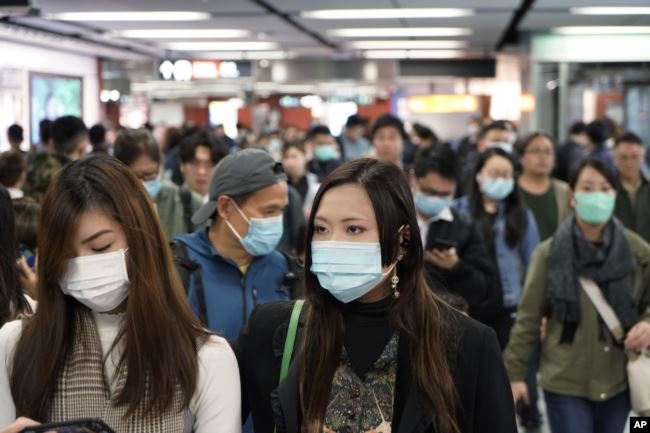 Doctor Peter Horby is a professor of infectious diseases at Oxford University. He said there are three criteria to decide whether the coronavirus is a global health emergency: the outbreak must be an extraordinary event, there must be a risk of international spread and an international response is required.

transmission –n. the process in which something spreads from person to person

sneeze - v. to suddenly force air out through your nose and mouth with a usually loud noise because your body is reacting to dust, a sickness, etc.

cough - v. to force air through your throat with a short, loud noise often because you are sick

volume –n. an amount or number of something

screen –v. to examine people to find out if they have a disease

criteria –n. (pl.) reasons for making a judgement or deciding on something