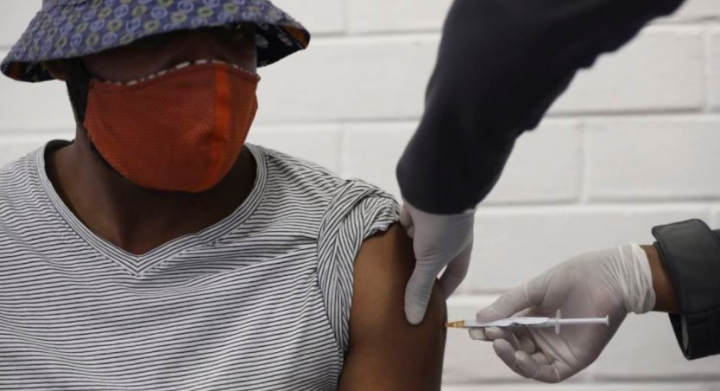 Drug-maker AstraZeneca has temporarily suspended its COVID-19 vaccine tests after an “unexplained illness” in a person who took the treatment.

In a statement released Tuesday, the company said, “This is a routine action which has to happen whenever there is a potentially unexplained illness in one of the trials.” The announcement came shortly after the drug-maker joined eight other companies in a promise to follow safety measures in vaccine development.

AstraZeneca’s vaccine candidate is being developed with the University of Oxford. It has been described by the World Health Organization (WHO) as probably the world’s leading vaccine candidate to fight COVID-19.

On Wednesday, Dr. Soumya Swaminathan, the WHO’s chief scientist, said “for drugs and vaccines which are given to people, you have to test their safety, first and foremost.” 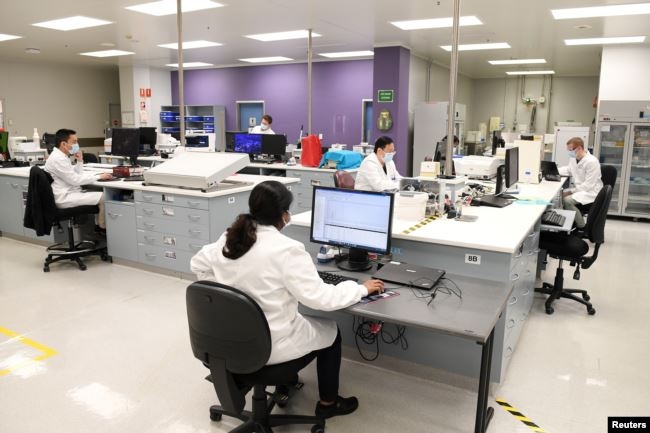 FILE - Chemists work at AstraZeneca's headquarters. Prime Minister Scott Morrison said Australians will be among the first in the world to receive a coronavirus disease (COVID-19) vaccine, if it proves successful.

Late last month, AstraZeneca began looking for 30,000 volunteers in the United States for its large Phase 3 trials of the vaccine. It also is testing the vaccine in thousands of people in Britain, and in smaller studies in Brazil and South Africa.

Two other COVID-19 vaccine candidates with large Phase 3 trials in the U.S. include one made by Moderna and the other by Pfizer and Germany’s BioNTech.

During Phase 3 trials, researchers look for any signs of possible side effects. The trials also judge effectiveness by studying who gets sick and who does not among patients taking part in them. People in one group get a real shot and people in another group receive an inactive shot as part of the test.

AstraZeneca pointed out that “In large clinical trials, illnesses will happen by chance and must be independently reviewed.” And the company said it is working to limit possible “impact on the trial timeline.”

Dr. Anthony Fauci is the top infectious disease expert in the U.S. He told CBS News on Wednesday that it is “not uncommon” for vaccine makers to suspend trials. He added, “That’s the reason why you have various phases of trials, to determine if in fact these candidates are safe.”

Dr. Ashish Jha, a researcher with Brown University, said on Twitter, “We have no idea whether this is a big deal or not. Science is hard. This is why we have to let the trials play out.” He added that he was hopeful: “I remain optimistic we will have a vaccine found to be safe and effective in upcoming months.”

Britain’s medical agency said it is reviewing the information to decide whether trials can restart as quickly as possible. The U.S. National Institutes of Health, which is providing financial support for AstraZeneca’s trials, did not comment.

The suspension of the trials followed reports that the United States was aiming for quick approval possibly before the November 3 presidential election. AstraZeneca has already agreed to supply nearly three billion doses to governments around the world.

What is the “unexplained illness”?

The New York Times reported that a volunteer in the Britain trial was found to have transverse myelitis. It is an inflammatory problem that affects the spinal cord and is often started by viral infections. The information came from an unidentified person with knowledge of the situation. AstraZeneca did not comment.

The Reuters news agency also reported that the illness happened in the British trial. The large trial began in May with more than 12,000 volunteers who were between five and at least 70 years of age.

Stat News was the first news organization to report AstraZeneca’s decision to suspend the trials. It said the decision has affected trials being carried out by other vaccine makers, which are now looking for signs of similar reactions.

routine –n. a regular way of doing things, something that is usual

potentially –adv. something that could be, a possibility

reviewed –v. looking again at information or studies to make sure they are correct

doses –n. the amount of a medicine or vaccine needed to produce the correct result