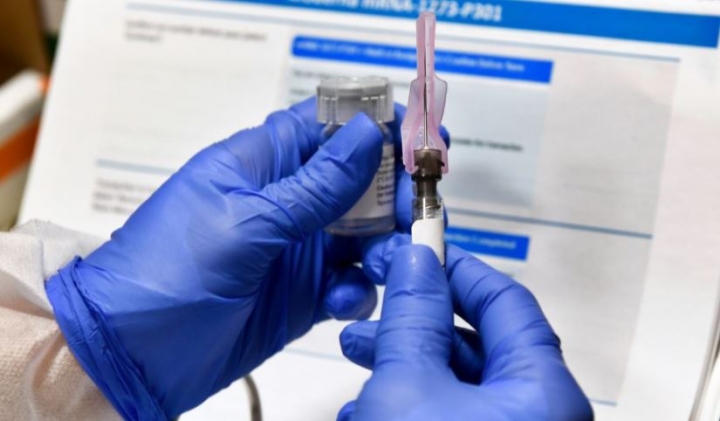 The leader of drug maker Moderna says the company should know in November whether its experimental COVID-19 vaccine works.

Bancel told Reuters that if its COVID-19 vaccine proves to be at least 70 percent effective, the company would seek Emergency Use Authorization (EUA) for people in high-risk groups. The high-risk groups would include healthcare workers and older people.

U.S. government officials say a vaccine candidate must show it is at least 50 percent more effective than a placebo, before the Food and Drug Administration (FDA) would consider it for approval.

Moderna, based in Massachusetts, has never brought a vaccine to market. But the U.S. government’s Operation Warp Speed program has given the company almost $1 billion for its work on a vaccine. Moderna has a $1.5 billion agreement with the U.S. to supply COVID-19 vaccine.

In March of this year, Moderna gave the first injection of the experimental vaccine to a volunteer in Seattle, Washington. Dr. Anthony Fauci, the top infectious disease expert in the United States, said at the time that even if early tests go well, “you’re talking about a year to a year and a half” before any vaccine could be ready for widespread use. 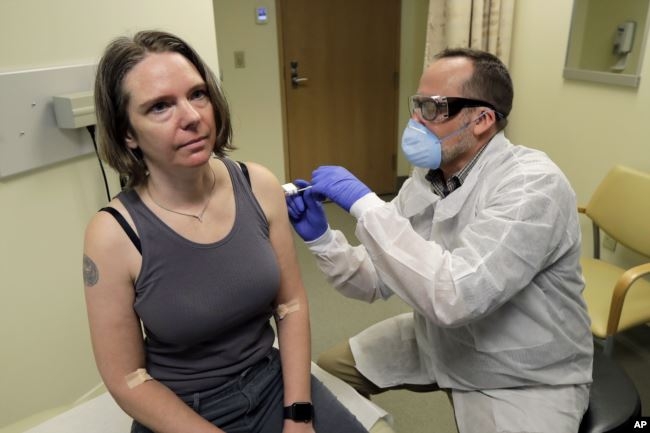 FILE - A pharmacist gives Jennifer Haller, left, the first shot in the first-stage safety study clinical trial of a potential vaccine for COVID-19, the disease caused by the new coronavirus, Monday, March 16, 2020.

Moderna’s experimental vaccine is one of three leading COVID-19 vaccine candidates under trial in the U.S. The others are from AstraZeneca with Britain’s University of Oxford and Pfizer in partnership with Germany’s BioNTech.

Last week, AstraZeneca temporarily suspended its Phase 3 trial after a volunteer in Britain developed inflammation. The trial has since restarted in Britain and other countries but is still on hold in the U.S. The World Health Organization (WHO) has described that experimental treatment as probably the world’s leading vaccine candidate to fight COVID-19.

In a presentation to investors on Tuesday, Pfizer said it has more than 29,000 volunteers in the Phase 3 trial of its vaccine candidate. The drug maker is looking to increase that numbers to over 40,000. It aims to add older people and more people of color, two groups especially hard hit by the disease.

Albert Bourla is head of the large American drug maker. He told CBS News that the company “will know if the product (vaccine) works or not by the end of October.”

Unlike other drug makers, Pfizer is not receiving money from the U.S. government for its vaccine research. But Bourla said Pfizer has already started to produce “hundreds of thousands of doses” of its vaccine while waiting for trial results and FDA approval. 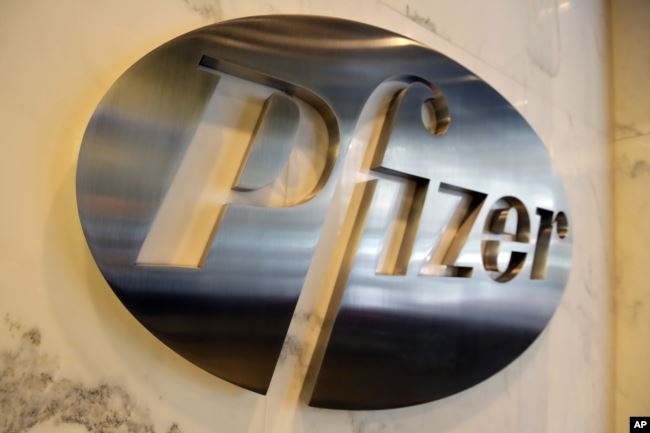 U.S. President Donald Trump has long pushed for a COVID-19 vaccine to be ready before the country’s November 3 elections. In August, the U.S. Centers for Disease Control and Prevention sent a letter and documents to health officials in all 50 states asking them to be ready for a coronavirus vaccine by November 1.

The documents described two unnamed vaccine candidates that must be stored at temperatures of minus 70 and minus 20 degrees Celsius. The requirements appear to be those from drug-makers Pfizer and Moderna.

On Wednesday, Trump told reporters, "They're taking a tremendous risk and they're spending billions of dollars on actually making this vaccine.” He added "They're at this stage where they're actually making it because they feel very confident as to the results."

In the end, it is up to Americans to decide if they have enough confidence in a future vaccine to seek it for themselves. A study in May from the Associated Press-NORC Center for Public Affairs Research found that only half of Americans say they would get a COVID-19 vaccine.

Thirty-one percent of the people in the study said they were not sure. And another 20 percent said they would refuse the vaccine.

placebo - n. a shot, pill, or substance that is given to patient like a drug but that has no physical effect on the patient

inflammation - n. a condition in which a part of your body becomes red, swollen and painful

dose - n. the amount of medicine or drug that is taken at one time

stage - n. a particular point or period in the development of something

confident - adj. having a feeling or belief that you can succceed