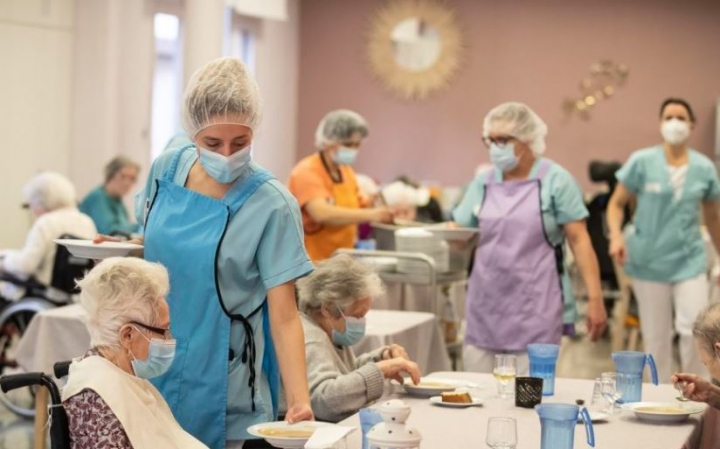 In early January, few people knew about a disease that was spreading in the Chinese city of Wuhan. It was caused by a coronavirus similar to SARS which first appeared in southern China in 2002 and MERS which struck the Middle East in 2012.

An early report by the Associated Press gave a short timeline of important events at the beginning of the coronavirus pandemic.

On January 30, the World Health Organization’s timeline states that the WHO Director-General declared the novel coronavirus outbreak a public health emergency of international concern. This is the WHO's highest level of warning. The next day, U.S.

By February 1, the disease had reportedly killed more than 200 people in China and infected thousands. The fast-spreading virus had been confirmed in more than 20 countries and territories. The list included Japan, South Korea, Singapore, Thailand, Vietnam, and Cambodia. But countries outside of Asia – including the United States, Australia, Canada, Germany, Britain, and France – had reported cases. Most of those who had been infected had recently visited Wuhan.

China barred travel from Wuhan and other cities in central Hubei province. The ban placed a partial quarantine on more than 50 million people – something that had never happened before.

Early measures to control the spread

In March, Trump restricted travel from Europe and declared a national emergency. To stop the spread of the virus, Spain locked down its 46 million citizens. France ordered the closing of its most popular attractions — the Eiffel Tower, the Louvre art museum, the cafes, and restaurants.

Other governments also took measures to contain the coronavirus. British Prime Minister Boris Johnson closed most stores and banned gatherings for three weeks to stop coronavirus. Italy overtook China as the country with most coronavirus-related deaths.

The human cost of the virus

The Johns Hopkins University online Coronavirus Resource Center has been tracking the number of cases and deaths. On December 24, it reported that over 1.7 million people have died from COVID-19 around the world. The United States has been hit the hardest with more than 320,000 reported deaths. Second is Brazil with more than 189,000. India is third with just over 146,000.

But there was also good news. In September the AP also reported that countries on the African continent had been praised for their efforts early in the pandemic.

As new tests for the virus became available, cases began to increase again in November in countries around the world. Officials have blamed holiday travel and gatherings for increases in COVID-19 cases in both Canada and the United States. The U.S. has experienced an increase in both infections and deaths.

In December, several countries again tightened restrictions on their citizens to reduce the increase in COVID cases. On December 16, cases in Italy neared 2 million with about 70,000 deaths. That made it the highest in Europe. Also on December 16, the AP reported that South Korea was also experiencing a surge, or fast increase in cases.

However, the end of the year also saw promising news – news of effective vaccines. Two vaccines, one made by the U.S. company Pfizer and Germany’s BioNtech, and another by Moderna, have been approved for emergency use by the U.S. Food and Drug Administration. Officials have announced the goal of vaccinating at least 20 million Americans by the end of the year.

On December 8, Britain announced it had started its vaccination effort. Ninety-year-old Margaret Keenan became the first patient to get the Pfizer vaccine in Britain.

Then in late-December, reports from Britain and South Africa suggested that the virus had begun to change, or mutate. However, details of a possible mutated virus remain unclear.

It is still unknown if this mutated virus will be a problem for the current vaccines. But health officials agree that the approval of effective vaccines marks a turning point in the coronavirus health crisis.

The virus and language

In 2020, the worldwide health crisis not only changed how people worked and what they did. It added new words to everyday speech.

Words such as face mask, PPE, quarantine, and vaccine became part of our everyday language. We spoke about super-spreader events, contact tracing, and shelter-in-place orders. We also learned to keep our social distance and to isolate ourselves.

If 2020 has a bright spot it is this: we all know more about viruses – how they spread, how they change, how to stay safe. Many of us even relearned how to wash our hands the right way and how to clean surfaces correctly. Programs on these methods were among our most popular.

However, our listeners showed that they were also interested in stories about other health and lifestyle subjects. Stories about cold-weather gardening and composting were popular on our website. Also, stories about how to stay happy and to maintain our attention during the pandemic were also well-received.

quarantine –n. a situation of being kept away from others to prevent the spread of disease

tracking –v. to follow in an effort to find something out, to watch the progress of something

mutate –v. to change and create an unusual quality, to change form in a small but meaningful way

face mask –n. a covering for the face, especially one worn to prevent the spread of disease

PPE (personal protective equipment) –n. things that are worn to reduce the risk of danger on the job, such as masks, special clothing and hats

isolate –v. to keep someone or oneself away from others, often to prevent the spread of disease