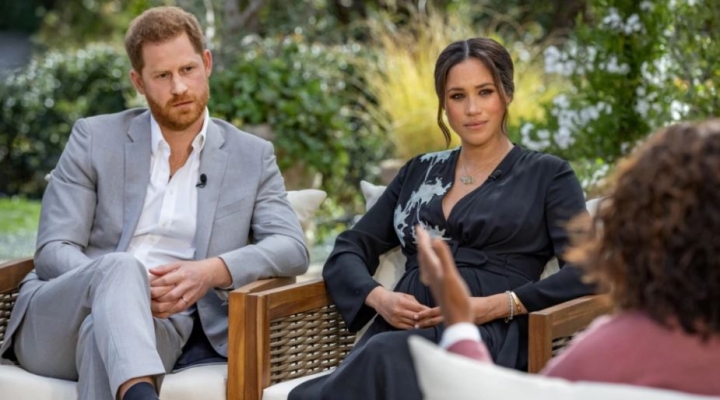 Meghan, the wife of Britain’s Prince Harry, and her husband spoke to American Oprah Winfrey Sunday on American television.

Meghan accused Britain’s royal family of being worried about her son’s skin color, and of causing her to have thoughts of harming herself. Meghan also said on the program that her requests for medical attention were refused.

Their discussion will be replayed in Britain on Monday.

Meghan’s mother is Black and her father is white. She said her son Archie had been denied the title of prince because of concerns about his race.

“That was relayed to me from Harry,” she said, saying that her concerns had been expressed to her husband and not to her. Neither Meghan nor Harry would say who had made the statements.

Harry said his family had cut them off financially. He also said his father Prince Charles refused to accept his telephone calls at one point.

Nearly three years since her 2018 wedding in Windsor Castle, Meghan described some members of the royal household as cruel, lying and racist.

She also accused Kate, wife of Harry’s brother Prince William, of making her cry before her wedding. She said she had thoughts of suicide.

“I just didn’t want to be alive any more. And that was very clear and real and frightening,” Meghan said.

Meghan was known as Meghan Markle before marrying Prince Harry. She became famous after appearing in the American TV program “Suits.”

The British royal family has not yet commented about the accusations. 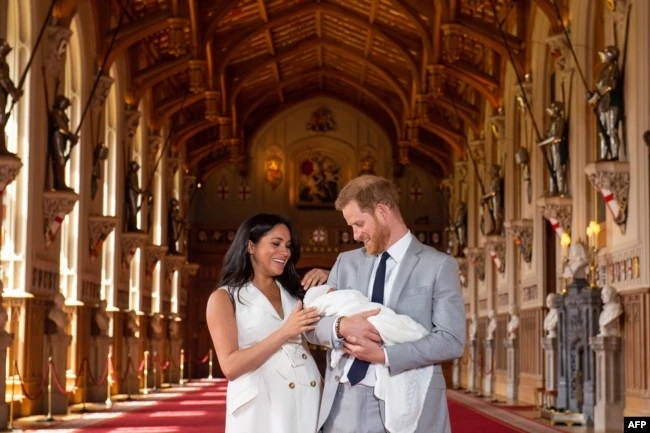 FILE - n this file photo taken on May 08, 2019 Britain's Prince Harry, Duke of Sussex (R), and his wife Meghan, Duchess of Sussex, pose for a photo with their newborn baby son, Archie Harrison Mountbatten-Windsor

Harry and Meghan, known as the Duke and Duchess of Sussex, announced in January 2020 that they would leave their royal duties. The move caused a crisis for the royal family.

Last month, Buckingham Palace confirmed the split would be permanent.

Harry is 36 years old. He said he and his wife had left royal duties because he was worried that Meghan might be driven to her death by Britain’s tabloid newspapers. His mother Diana died in a 1997 car crash as she was being chased by photographers.

“What I was seeing was history repeating itself, but definitely far more dangerous — because then you add race in, and you add social media in,” Harry said.

He felt “really let down” by his father.

Both Meghan and Harry said they did receive support from the queen. 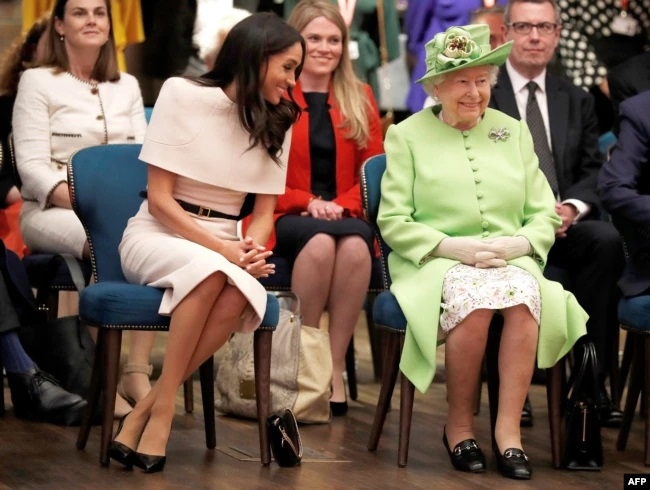 In this file photo taken on June 14, 2018 Britain's Queen Elizabeth II and Meghan, Duchess of Sussex gesture during their visit to the Storyhouse in Chester, Cheshire on June 14, 2018.

Meghan has been accused of bullying employees of the palace, a charge that appeared in British tabloids. Buckingham Palace said it would investigate the accusations.

“It was only once we were married and everything started to really worsen that I came to understand that not only was I not being protected but that they were willing to lie to protect other members of the family,” Meghan said.

Meghan said she and Harry were not paid to talk to Winfrey.

The two also said that Meghan, who is pregnant with their second child, was expecting a girl.

The royal family has other problems. The largest is Prince Andrew’s friendship with Jeffrey Epstein, who was found guilty of sex crimes and later died in prison. That led Andrew, Harry’s uncle, to be removed from royal duties.

title – n. a name given to someone as a mark of honor, respect or to show their social rank

relay – v. to pass something from one person to another

cruel – adj. describing people wo hurt others and do not feel sorry about it

tabloid – n. a newspaper that that is about half the size of a regular newspaper and that usually has many photographs and stories about famous people and less serious news stories

conversation –n. an informal talk involving two or a small group of people

bully – v. someone who frightens, hurts or threatens smaller or weaker people