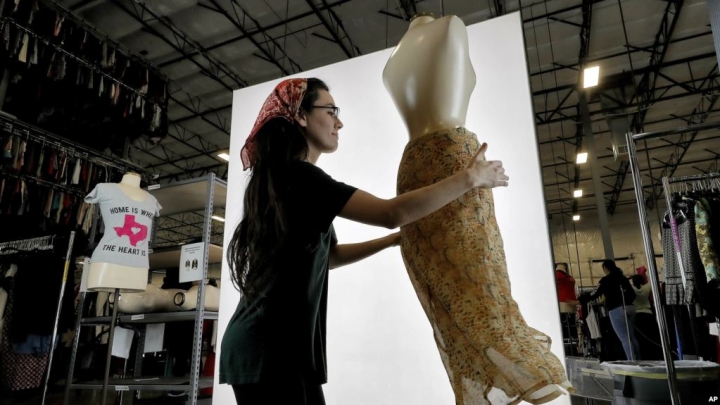 James Reinhart is co-founder and chief of ThredUP. He said of the partnerships, “You have to go where the customer is going.”

The fist big department store that entered the old clothes business was Neiman Marcus. In April, it received part ownership of Fashionphile, an online seller of used designer goods. And this fall, it will launch areas inside some of its stores where customers can sell old designer clothes directly to Fashionphile.

These and other recent moves show how businesses can no longer ignore the growing preference of buying and selling old clothes. Shoppers want to pay less for clothes. And they would rather see their old clothes worn again than thrown away.

Observers say selling old clothes is a way to bring customers back to the stores – especially young shoppers. But some people also fear that it could hurt businesses.

“It’s good that that they are looking at modern ways of shopping,” said Neil Saunders, a director of GlobalData Retail. “But this is not the solution to their deep-seated problems.”


Saunders also believes it could hurt the relationship between stores and suppliers of new clothes. The suppliers would have to pay more for advertising -- while selling new clothes at a lower price.

Although the clothes resale business is still small, it is quickly growing.

A report for ThredUp predicts that sales of second-hand goods will grow from $24 billion last year to $51 billion by 2023. Another study by the Boston Consulting Group found that one-third of shoppers sold unwanted clothes in order to buy new ones.

Still, it is not sure that second-hand stores will bring young shoppers back into department stores.

Morgan Toliver has been buying used clothes at thrift stores for more than 10 years. The 24-year-old recently started buying clothes from ThredUP, too. She told The Associated Press she has not shopped at places like J.C. Penney or Macy’s for many years. And, she does not expect that to change.

thrift - n. careful use of money so that it is not wasted

preference - n. something that is liked or wanted more than another

rather - adv. to some degree or extent

deep-seated - adj. existing for a long time and very difficult to change