The technology uses machine learning tools to search for faces in an attempt to identify people. Now, these systems are also being used to identify animals.

In a recent study, scientists announced they had developed machine learning tools to track the faces of individual wild chimpanzees.

The study was led by researchers from Britain’s University of Oxford. The results were published in Science Advances.

Dan Schofield is a researcher and doctoral student working in Oxford’s Primate Models Lab. He said in a statement that the system was developed to improve the quality of information collected about chimpanzees in the wild over a long period of time.

“For species like chimpanzees, which have complex social lives and live for many years, getting snapshots of their behavior from short-term field research can only tell us so much,” Schofield said.

The researchers wanted to get a more complete understanding of the lives of the chimpanzees by studying them over several generations. But doing this would have required searching through hundreds of hours of video recordings of chimpanzees in the wild. 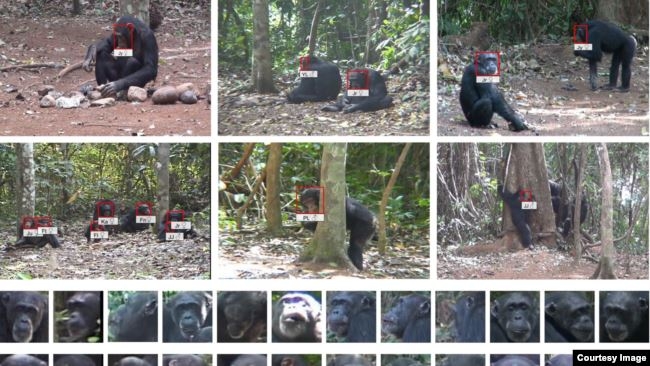 The video recordings that the researchers studied captured the activities of a group of chimpanzees that lived in the West African nation of Guinea. The video collection began in 1988. It was created as an “outdoor laboratory” by researchers at Japan’s Kyoto University.

A facial recognition computer model was trained using more than 10 million images of the animals. The model was then used to search, recognize and track individual chimpanzees. The researchers said that the machine learning tools were effective even when processing poor quality images in different lighting conditions.

The study included an experiment with humans to see how they could perform against the machine learning system in making identifications. The human subjects were able to correctly identify individual chimpanzees about 42 percent of the time. 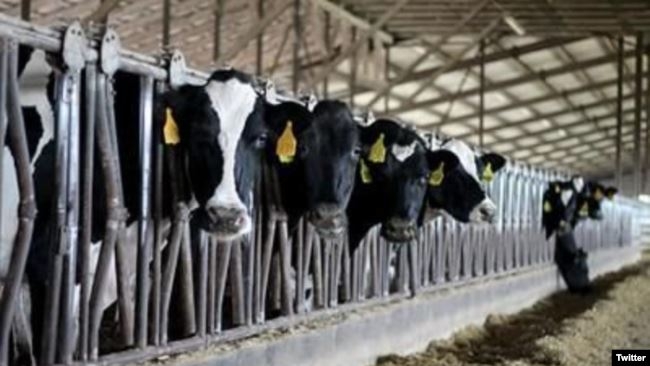 The study also noted that the machine learning tool was much faster at completing the experiment. Human experts took about 55 minutes, while the computer took only seconds.

The researchers say they are permitting other scientists to use the system for similar projects. They hope the method will be used with other species to record animal behavior and monitor different animal populations in the environment.

Facial recognition technology is also being used with other animals. The New York Times reported earlier this year that several Chinese companies were developing facial recognition systems to track pigs. Most of the systems aim to improve feeding methods and search for sick animals.

A company based in Ireland has developed a system to collect video data on milk-producing cows. The company, called Cainthus, says the technology collects information on eating, health and reproduction. The information is immediately available to farmers to help manage the animals’ activities. 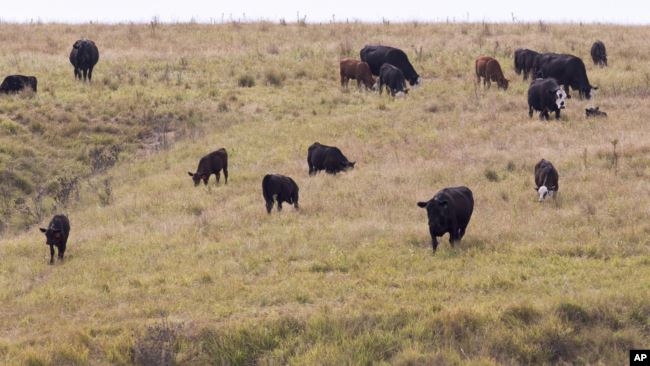 In this photo from Aug. 1, 2012, cattle belonging to Todd Eggerling of Martell, Neb., graze in thin pasture. (AP Photo/Nati Harnik)

In the United States, researchers at the University of Kentucky are working to create a facial recognition system to help identify cows spread over large areas of land. The system would use drones, or small, unpiloted aircraft, to search for the cows. The researchers are asking local farmers to send in pictures of cows to be used in the project. They will be used to help build a machine learning tool that will be taught to recognize different breeds, age and the sex of cows.

track –v. to follow and try to find, to hunt down

snapshot – n. a small amount of information that tells you a little about something

monitor – v. to watch something carefully

manage – v. to handle something successfully

breed – n. a type of animal