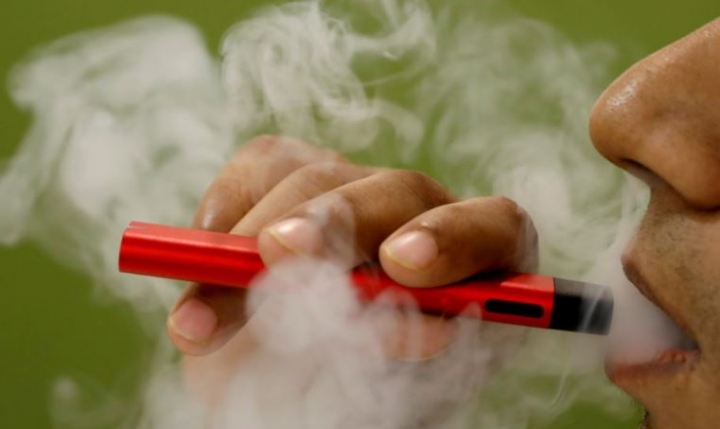 The United States and Britain have very different views on e-cigarettes.

American public health officials are warning of the dangers of vaping among young people. But, British officials consider electronic cigarettes to be a powerful tool for people trying to quit smoking.

Britain’s Royal College of Physicians tells doctors to promote e-cigarettes “as widely as possible” for patients trying to give up cigarettes. And Public Health England says vaping is much less dangerous than smoking.

In the United States, hundreds of people who vape have been sickened by a mysterious lung illness. Many of them are teenagers.

In answer, the federal government and some states have recently taken steps to ban flavored e-cigarettes that appeal to young people.

Dr. John Britton is director of the U.K. Center for Tobacco and Alcohol Studies at the University of Nottingham. He said the U.S. reaction is “complete madness.” Dr. Britton added, “The reality with smoking is, if you tell people to stop vaping, they will go back to tobacco and tobacco kills.”

Around the world, countries have different views on vaping. More than 30 nations ban e-cigarettes completely. Many European countries, including Austria, Belgium, Germany and Italy, consider e-cigarettes the same as tobacco products. This puts them under tight control.

E-cigarettes face fewer rules in Britain as well as in France. In those countries, e-cigarettes are sold as usual consumer products.

E-cigarettes arrived in the United States in 2007 and have been mostly unregulated. Three years ago, the U.S. Food and Drug Administration (FDA) got the power to oversee their use. Black market, illegal sales of e-cigarettes have grown quickly.

The FDA’s acting commissioner, Dr. Ned Sharpless, recently testified before Congress. Several lawmakers suggested that e-cigarettes should be completely removed from the market.

“We do not consider these products safe, we think they have harm,” Dr. Sharpless said.

“We do not think really anyone should be using them other than people using them in place of” smoking regular tobacco cigarettes.

How do e-cigarettes work? The vaping devices usually heat a solution containing nicotine into a vapor, which is inhaled. The amount of nicotine differs widely. Some countries set limits on the amount. There is no limit in the United States. But the widespread use of vaping devices among young people brought warnings from health officials. They said nicotine harms a teenager’s still-developing brain.

“What’s right for England might not be right for the U.S.,” said Ryan Kennedy. He is with the Institute for Global Tobacco Control at Johns Hopkins Bloomberg School of Public Health.

The CDC said that the mysterious lung illness appears to be linked to THC vaping products. THC is a chemical compound that gives marijuana its high.

The agency said many of the 800 people who got sick reported vaping THC. It said it still needed more information to know whether a single product, substance or brand is responsible. Some researchers have blamed an ingredient used in vaping oils, especially in black market products.

view – n. an opinion or way of thinking about something

vape – v. inhale and exhale the vapor produced by an electronic cigarette or similar device

promote – v. to make people aware of (something, such as a new product) through advertising : to make (something) more popular, or well-known

unregulated – adj. not subject to laws passed by the government about how something is done, made, processed or sold

vapor – n. a substance that is in the form of a gas or that consists of very small drops or particles mixed with the air

inhale – v. to breathe in

marijuana – n. the dried leaves and flowers of the hemp plant that are smoked as a drug